Built the largest airplane in the world After four years of construction produced in the room is huge, with an area of 9600 square meters, the hangar, the world's largest aircraft to date, for the first time “out in the open”.
This aircraft, a key figure of the space launch system Stratolaunch, is designed to lift rockets into the stratosphere, where they carry out independent access to the space, using its own engines.
Huge Stratolaunch aircraft, weighing in at 226 000 pounds, able to lift into the air cargo weighing up to 249 500 kg which slightly exceeds its own weight.
The Stratolaunch aircraft has a wingspan of 117 meters, which is more than the wingspan of the aircraft the Spruce Goose, which is 97,5 meters. The Stratolaunch aircraft is equipped with six jet engines from the Boeing 747.The Stratolaunch aircraft #2Самолет Stratolaunch was rolled out from the hangar on its landing gear, which has a total of 28 aircraft wheels.
This is the first time in history when the plane was out under the open sky, and this was done for testing and testing the fuel system and fuel tanks.
In the near future, the aircraft will undergo a number of tests, including its engines before it is first raised in the air, what should happen according to the plans, in 2019.
We remind our readers that the company Stratolaunch Systems was founded seven years ago Floors G. Allen (Paul G. Allen), one of the founders of Microsoft.
The purpose of creating this company is to develop a reusable system of space launches.
The use of specialized aircraft will do away with the necessity of using launch pads, the equipment of which required almost completely to be replaced after each run.
Thus, the conclusion in the space payload will be performed using a small single stage rocket.The Stratolaunch Plane #3
Not so long ago about the development of such a launch system was announced by the representatives of the company Virgin Galactic, the founder and head of which is sir Richard Branson.
Specialists of the subsidiary company under the name Virgin Orbit plan to use to run the upgraded airliner, the Boeing 747-400, which will be able to rise to a height of 10 to 700 meters, carrying under its fuselage carrier rocket with a payload.
Company Stratolaunch Systems, on the other hand, initially focused on the development and construction of unique and specialized aircraft, which has more great features than the upgraded airliner.
The company Stratolaunch already has several customers, the first of which is the company Orbital ATK, which is going this way to launch at your launch vehicles Orbital Pegasus.
More
Comments: 0
Views: 252
In Kiev, there were "smart" benches with Wi-Fi and charging

In Kiev, in the square No. 2 on Kontraktova square appeared "smart" cups-shop for solar. They also have free access points Wi-Fi and USB ports for charging mobile devices.
In addition, there are interactive garbage can, a stylized basketball. They have sensors quantity of waste and thus are motivated to gain all the new "a"record and not to litter.
We will note that earlier in Ternopil launched a "solar tree", which is installed on the Central square. Later another one appeared on the shore of the lake. These "trees" designed for recharging mobile devices.
Source: News Yu
More
Comments: 0
Views: 200
In the USA at the startup competition to win a 3D printer for dentures
The Brooklyn company Arfona, developer of the innovative 3D printer for dental prostheses, was named the winner of the startup competition 2017 Propelify Startup Competition.
Reportedly allocates Arfona among other 3D technologies for prosthetics that she works with resin, and thermoplastic, which uses the company Valplast. The startup has proven that they are able to create truly biocompatible prostheses, not just simple prototypes.
In the competition Propelify except Arfona, was attended by more than 120 applicants. The ten best made before the jury, and four of them were able to hold presentations in front of an audience. Sponsors of the event were the Samsung NEXT, Staples, Google and Techstars.
Arfona won the main prize of $10 000, plus another $25,000 in the form of a loan for business development, as well as a chance to meet with representatives of Staples and Samsung, writes 3ders.

More
Comments: 0
Views: 224
The Creator of Snapchat has launched sales deokule in Europe 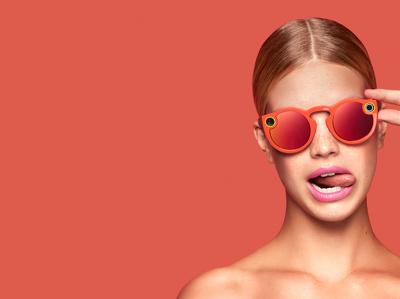 The company Snap, the developer of "ephemeral" messenger Snapchat launched the sale of Spectacles is a sunglasses with built-in camera - outside the United States. Starting this week, the gadget can buy the residents of most European countries (Austria, Belgium, Denmark, Germany, Spain, Finland, France, Ireland, Italy, Netherlands, Norway, Switzerland, Sweden and the UK).
The novelty is available for order on the official website of Snap at the price of $ 149,99. It can also be purchased through specialized vending machines.
In the US the sale of Spectacles was launched in February. There they sold for $ 130. The kit includes the glasses, as well as cable and charger case.
Spectacles were introduced in September last year. The glasses can take photos and short 10 second video clips, which you can immediately share on Snapchat. To continue recording video a few times, but its overall length is limited to 30 seconds. Field of view wide-angle lens is 115 degrees, which is close to the angle of vision of the human eye.
See also: Instagram added the feature masks for Stories similar to Snapchat
On an Android device, the recorded content can be transferred via Wi-Fi, "iPhone" via Bluetooth. For photography the smartphone is needed: Spectacles save photos and videos in its memory until they are transferred to another device.
More
Comments: 0
Views: 201
Named the main threat to Apple