The company Brave has earned $35 million for 30 seconds

Sale company Brave token BAT (Basic Attention Token) based on Ethereum, took less than 30 seconds and have collected approximately $35 million. This is one of the fastest "token sale" in history. It is reported PYMNTS.
The Brave founder Brendan Eich States that their goal is the creation of digital advertising services to publishers paid BAT tokens to users based on how long they view the page.
One of the participants has purchased tokens in the amount of 20 thousand ETH (about $4.7 million). All in all, "token sale" managed to take part only 130 people. It caused angry comments in social networks, the organizers of which wanted to buy tokens project, but never got around to it.
More
Comments: 0
Views: 193
Scientists have taught a computer to predict the duration of human life 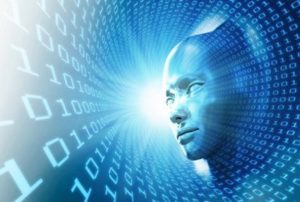 Australian biologists have created artificial intelligence (AI) capable with 69% accuracy to predict the duration of human life in one photo its organs according to a paper published in the journal Scientific Reports.
"Prediction of what awaits the patient, it is extremely important for physicians as it will help them choose the treatment that best matches for the salvation and renewal of life. While such predictions were restricted to the experience of physicians and their eyes. We checked whether it is possible to use deep neural networks to solve this problem," says Luke Okden-Rainer (Luke Oakden-Rayner) at the University of Adelaide (Australia).
Okden-Rainer and his colleagues have created a system of machine intelligence that is able to determine the length of human life by the looks of it the internal organs, obtained using computed tomography.
This program is a so-called deep or ultra-precision neural network — multilayer structure of several tens or hundreds more simple neural networks. Each of them handles not the original data and products of analysis of the obtained network, located above, which allows to simplify very complex problems and solve them using relatively modest computational resources.
These networks cannot solve problems immediately after their creation — like people, they have much to learn from their own mistakes before they will start to get the right answers.
For training Okden-Rainer and his colleagues used a collection of thousands of photos of the thorax and abdomen obtained using the imager during observation of the health of 40 patients. This set of images, according to scientists, enough to ensure that their offspring were able to reach the level of predictions, which typically show the doctors, trying to "by eye" to determine the terms of life for their patients.
Then they recruited a group of eight young and elderly patients, to enlighten their chest with the help of a scanner and watched their life over the next few years.
As it turned out, the program is really not bad coped with its task — it correctly predicted the life expectancy for 69% of the volunteers correctly find out what clinics patients will die in the next five years.
Now, according to Okden-Rainer, his team is "coached" a new version of the neural network on the basis of 12 photos of thousands of patients, which should significantly increase the accuracy of the predictions.
Source: NEWS.am
More
Comments: 0
Views: 178
IOS 11, you can activate dark theme

At the beginning of this week's Apple developers conference WWDC 2017 has officially unveiled the new operating system iOS 11. The first beta version was immediately available to developers, and it had found quite a lot of changes. As usual, not all innovations have been found immediately. It turns out that Apple added in iOS 11 welcome a dark theme. However, to find and activate this feature.
It is worth noting that Apple has added in iOS 11 switch between light and dark themes, but created a tool that allows you to get the desired result. So, in the settings go to "General" → "accessibility" → "Adapt display" → "Invert colors" and in this section activate the function "Smart invert". If you do it right, we get the following:
The function "Smart invert" changes the light color to dark. The images, videos and app icons is not the case, and they remain the same. However, some third-party applications there's nothing to do incorrect work. For example, in YouTube during video playback colors are also inverted.
It is possible that this is future to release an iPhone with an OLED display.
Source: 4PDA
More
Comments: 0
Views: 231
Engineers at IBM have put 30 billion transistors on a chip the size of a fingernail

Platinometal about the unique technologies to produce microprocessors, reported by the official representatives of IBM. Engineers of the American company put 30 billion transistors on a chip the size of a human fingernail.
New technology was developed in cooperation with Samsung Electronics and GlobalFoundries. This method not only allows you to put a huge number of transistors on a small area, and use the development of the very different equipment, from basic smartphones to spacecraft. Informed experts, IBM announced the world's first 7-nm chips, with 20 billion transistors. According to the developers, the higher the density of transistors on the chip, the higher the speed the signal between them.
In the presented chip uses a new type of transistors, in a so-called "silicon manelisti" (silicon nanosheets). They send the electrons through the four gate, but in the case of the most advanced FinFET transistors we can talk about the three gates. FinFET technology is available in 22 and 14-nm semiconductors and is likely to remain in the 7-nm chips, but the semiconductor industry is moving away from this technology, since it is not able to scale geometrically.
The treatments beyond 7 nanometers — the most important innovation, opening the way to a real 5-nm process, but the commercial production of 5-nm chips is expected not earlier than 2020. Earlier it became known about the revolution of computer technological processes that will take place after the advent of the latest devices.
Source: an
More
Comments: 0
Views: 203
In the US tested a hypersonic system drone

The American company Lockheed Martin has tested the systems that will be included in the snap-in hypersonic drone SR-72. As representatives of the research center, the Assembly of technology demonstrator kicks off next year.
Project unit SR-72 was unveiled in 2013, some time later was held the first test of the system. A new model of the UAV will be replacing the decommissioned surveillance aircraft. Representatives of the company Lockheed Martin announced that the dynamic features of the apparatus will include technologies to overcome distances of up to 7.5 thousand kilometers per hour. More detailed characteristics of the SR-72 is still unknown.
It also became known that testing of the new systems were successful. In particular, it has been tested the elements of a combined power plant of the UAV. The dimensions of the new demonstrator will be comparable to the F-22 Raptor, whose length is 18.9 meters and a wingspan of 13.6 m.
Earlier it was reported that the company Lockheed Martin has tested a test sample of the civilian aircraft model LM-100J.
Source: an
More
Comments: 0
Views: 196