Developed a battery which is charged from the body

American scientists from the University of North Carolina has developed a unique battery. Its energy source is the body.
At the heart device is a liquid metal component. He is able to heal itself. In addition, the alloy has a low electrical resistance. This makes it more efficient in the production of electricity.
The device has a flexible design. Because of this, he communicates better with the body. Therefore, more powerful charges.
More
Comments: 0
Views: 257
Google wants to build city campus 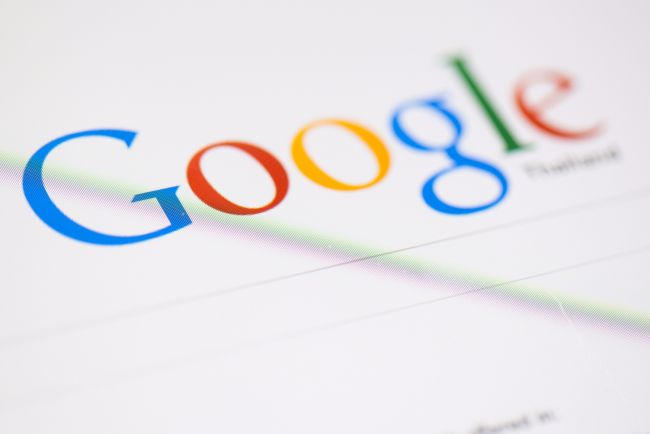 Alphabet, the parent company Google is now trying to negotiate with the city of San Jose (CA) on land for the extension of its campus. The members of the city Council voted by 10 votes to 1, to negotiate the sale of the company 16 plots of land near the Diridon Caltrain station.
8524_20150827173347-test-google-adwords-campaign-search-engine-internet-1.jpeg (17.95 Kb)
The plan is to build on the area of about 70 hectares of office and residential buildings (about 3,000 houses), the R&D and shopping centers, to create additional 20,000 jobs. It is also planned to create in this area a massive transport hub. "Extraordinary architecture, urban design, sustainability, trading infrastructure and active public space will be the hallmarks of the town of Google," reads the letter, prepared by the members of the city Council meeting where this issue was resolved.
See ALSO: Pork becomes "delicacy": prices continue to rise
Google and its partners had been buying land in the region for several months. The two partner investor groups have already invested in property in the region more than $130 million.
While it is impossible to say how it will look in the "city of Google": the entire project is now at the stage of procurement of land and the company hasn't revealed plans for the construction. The city government fully supports the project, but residents fear that the project may deprive poor people of a roof over your head and negatively affect the overall availability of housing in the region.
On the other hand, creating a large transportation hub in San Jose, can partially help the problem with the overheated housing prices in the Valley, as it will allow employees from the Valley to get to the regions where housing is cheaper.
More
Comments: 0
Views: 201
Virtual reality will allow you to feel heat, cold and pain

Photo from open sources
The company Tegway demonstrated a new technology ThermoReal. With its help, the manufacturer was able to invent a thermoelectric device capable of generating heat or cold, depending on changes in the virtual environment. Reported by VentureBeat.
In addition, the device is able to cause the user pain if, for example, the controllable character in the game got injured.
Contraption device conveys these feelings through controllers that work with VR-helmet and are in the hands of the user. A semiconductor device Tegway is heated from one side and cooled on the other by means of electric power, but the device does not produce vibrations.
Interestingly, this technology is also used in refrigerators for cooling wine, which, unlike conventional refrigerators generate cold without vibrations. How the device is heated or cooled, depends on the voltage that is supplied to the thermocouples located inside the device.
For the transmission of pain, the device simultaneously generates heat and cold. Thus, the company managed to create a completely new interface for communication with a computer, which will make the stay of the user in the virtual world even more realistic.
More
Comments: 0
Views: 187
Facebook announces new app for video makers

In the framework of the panel report "the Future of Facebook Video" at the annual conference VidCon online video largest social network announced a new application designed for the creators of the video, which reflects the increasing interest of Facebook to this content format.
This functionality will appear under updates to Facebook Mentions app, which is available for confirmed social network accounts, including celebrities, popular bloggers and journalists.
Within the framework Mentions the company first launched in August of 2015 live broadcast Facebook Live. New video with an unknown name will be released this year, as reported by the product Director at Facebook Daniel Danker (Danker Daniel). "Now is the best time for authors on Facebook. Thanks to Facebook we can unite and create a community of their audience, to convey social, personal, and authentic history," he added.
The app will have access to the functions of Facebook Live and the new creative kit for broadcasting, which will provide authors with special tools, including the opening and closing of the insertion in video broadcasting. Also available will be special stickers for the audience and scope for authors.
The update includes a new tab "Community" where authors can more easily interact with your subscribers like in other apps Facebook — Instagram and Messenger. The app will also provide more information about the audience: who signed and viewed as videos.
Over the past year Facebook has greatly increased its efforts to distribute video content, wanting to compete with YouTube, where the number of viewers has already reached half a billion. Among other things, Facebook attracts more and more authors are able to create interesting high quality video. New user-friendly tools designed to facilitate this.
Source: 3DNews
More
Comments: 0
Views: 193
In iOS 11 found the long-awaited option

In early June, Apple introduced a new version of a proprietary mobile operating system iOS 11. Immediately after this, developers became available the first beta version. The innovations were so numerous that to find some of them took some time. For example, a few days later was discovered the feature that allows you to make the system in dark colors. And only now, three weeks later, it turned out that in iOS 11 will appear-awaited option.
As you know, iOS 11 has been completely redesigned control center. Discovered new feature is asiaregion. This function disables all wireless connections on the device so that you can work on the plane during the flight. This means that you can't use Bluetooth headsets, the Apple Watch or any wireless device paired with iPhone or iPad.
In iOS 11 Apple developers have solved this problem, allowing you to enable Bluetooth and wifi even when airplane mode is activated.
Recall that the release of iOS 11 is scheduled for autumn this year together with the presentation of the new iPhone.
Source: 4PDA
More
Comments: 0
Views: 207