In Germany have created the gadget, answering the smile

In Germany the specialists of the University of Rostock have created a unique device, namely the headphones. Thanks to them, the phone calls can be answered by a smile. It is reported Politekspert.
Researchers have noticed that people are not always convenient to answer the call hands, even if it requires only one touch. To do this, they decided to find a new way to answer the call. They analyzed all the technologies that are now widely used on the market and found that there is still one that would recognize the facial expressions of the person.
So there is a new invention. Special headphones are able to recognize the smile of the owner or other facial gesture, after which it is automatically answering an incoming call. However, the researchers excluded from the list of gestures of hand movements, vibration while walking and some other movements that might confuse the device.
Source: an
More
Comments: 0
Views: 160
The Japanese have designed a gadget that allows you to try music taste 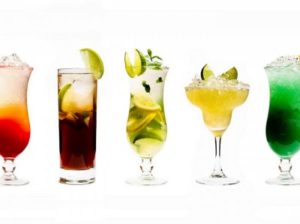 The Japanese company Nomura has designed a unique gadget that provides the possibility to feel the taste of music. Innovative device analyzes listened to the song, and then makes up a cocktail based on different characteristics of the melody.
The program embedded in the new invention of scientists from the Country of the rising sun, divides the musical wave of five moods, among which are sad, funny, sentimental, thrilling and romantic. In the understanding of experts, each of these moods has a corresponding taste, namely, sour, bitter, sweet, salty and slightly tart.
As a result, the apparatus offers the man juice, the taste of which coincides with the mood and atmosphere of listening to his music. In turn, the person who consume this drink while listening to the song, will be able to fully experience the power and fullness of the music.
The plans of the experts is the creation of a special device, capable to make a cocktail, which sets the mood of the song that plays in that specific minute.
Source: VistaNews
More
Comments: 0
Views: 182
Intel is developing a "revolutionary" processor core

The company is a developer of electronic devices and computer components, Intel is developing a "revolutionary" processor core. This is indicative of the desire to receive in its membership experienced designer who can solve extraordinary challenges.
Intel has published a vacancy in American Newspapers, the firm requires a programmer of high qualification, are not deprived of their own ideas. The company invites to cooperation technical expert with unique ideas, able to bring Intel to a new level. The company wants to create a "revolutionary" processors, which are useful for smart devices of new generation. With innovative chipsets users will be able to solve complex problems. This development is intended to inaugurate a new era in the production of processors.
Intel is asking people who are able to create something Grand, whose thoughts are filled with ideas, who have knowledge enough to create a new product, to apply to the Department In NGC Hillboro in Oregon. The main goal is the creation of cores of future generation computers. This process is long, so expect the emergence of new chipsets on until the 2021-2022 years, experts believe.
Source: VladTime
More
Comments: 0
Views: 206
Sony will release stylish ladies smart watches
Sony is going to release a model of women's smartwatch Three Hands Square. The model will be released in the series Wena Wrist. It is reported by the ITC.
In a stylish rectangular case with integrated round dial, the watch can also boast of NFC, which allows contactless payments.
Also Three Hands, Square can track the physical activity of the owner, and informs about the notifications with the built-in led. It is reported that the company will launch versions with different sizes of straps (18, 20 and 22 mm). Will also be available watch with a metal bracelet.
Watch Sony Three Hands Square will go on sale this month, but so far only in Japan. Price new would be $93.

American company Tokenize began taking pre-orders on the smart Token ring, which can be used as travel passes for entering the office, the car key or Bank card. A biometric gadget transmits a signal authentication via NFC, Bluetooth is used to log on computers and sent them all information is protected by the standard EAL5+.
The device is waterproof to a depth of 50 meters, and its battery will last for three weeks. When the charge level drops to 30% at the ring every minute will begin to illuminate the red indicator. With the external side of the Token is a fingerprint scanner, with internal IR sensor, which guarantees that the gadget was not removed with the finger. Credit cards and passwords are configured in the mobile app.
The idea of smart rings is not new: in 2014 you released the Bluetooth Ringly ring for women, connected to the smartphone, and Google in 2013, has developed a "ring" allowing to log on the computers without a password. Unlike these devices, the Token has all the chances to go beyond a niche product. His company has partnered with Microsoft, payment systems MasterCard and Visa, as well as HID — the market leader in contactless security systems.
Cooperation with HID allows you to use smart ring to enter virtually any office, and MasterCard will make it possible to use Token transport. As they say in Tokenize, the gadget can be against the readers in buses and trains worldwide by the end of the year.
Normal version Token is listed for $249, premium, rose gold plated 14 carat $299 respectively. Delivery expected in December.
More
Comments: 0
Views: 196