More
Comments: 0
Views: 272
Xiaomi has announced a new smartphone with 6 gigabytes of RAM

The Chinese company Xiaomi announced a new smartphone that will have 6 gigabytes of RAM. The first images of the device earlier appeared on social network Weibo.
Presentation of the new smartphone is scheduled for 11 July in the framework of one of the exhibitions of electronics, which will be held in China. According to experts, speech can go about the gadget Xiaomi Mi 6 Plus, but the exact model details are not yet available. Another option is premiere Mi Note 3.
The unit will operate on the basis of the Snapdragon processor 835. Feature of the smartphone will be the function of fast charging Quick Charge. In addition, the device will shoot videos at 4K resolution using a video camera on 22 megapixel. About the cost of the future Chinese gadget is not reported.
Source: an
More
Comments: 0
Views: 208
SCIENTISTS HAVE DEVELOPED THE FIRST MOBILE PHONE THAT DOES NOT REQUIRE CHARGING 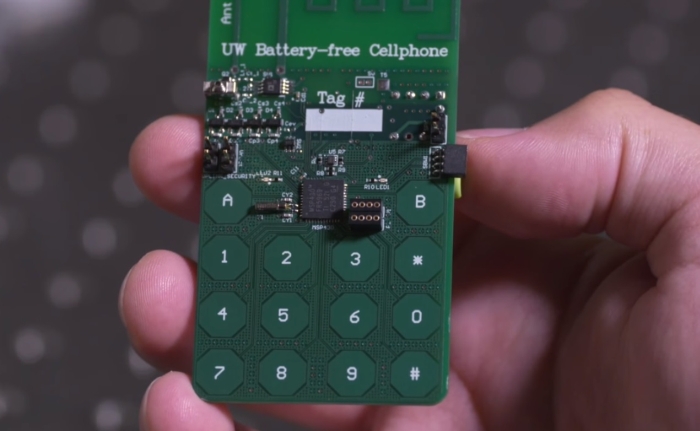 Researchers from the University of Washington created the world's first phone that does not require constant charging of the battery. The secret lies in the fact that established experts model does not convert analog signal into digital data. While this factor is one of the most energy intensive processes. The machine is not too similar to a mobile phone. It resembles a radio and is one of the low power consumption media in the modern world. Read also: Energy communication means receives from the radio signals sent through Skype from the base station. It can work at a distance of 15 meters from the tower, but the developers claim that the base can be installed on all cell towers and Wi-Fi access points.

More
Comments: 0
Views: 270
The introduction of "sex robots" are close, but we're not ready for it
London — "Sex robots" have already begun their offensive, and in a few years this attack can turn into a invasion that the world is not yet ready to face. The alarm raised by the international organization Foundation for Responsible Robots (FRR), analyzing ethical and moral issues associated with the introduction of intelligent machines among the people. At least four companies already involved in manufacturing robots at all similar to women and men, including sexual anatomy, able to engage with people in a sexual relationship and even verbal spontaneously respond to human actions. FRR predicts that within 10 years, these tools produce mechanical pleasure will no longer be considered solely as a form of sexual fetishism and will gain a broader purpose.
On the one hand, this new technological revolution can provide advantages, according to a report published on 5 July in London's the Daily Telegraph newspaper: for example, they can become companions and sexual partners for older, lonely people and people with disabilities; they can also help couples who are in different geographical locations to maintain sexual relationships with robots that are at distance pass on their actions. Some scholars argue that it is possible to robots, the speaking voice of one of the partners so the experience was more believable.
However, the "sexy robots" are also new challenges. "For example, they already offer the elderly in nursing homes, but this assumption gives rise to many contradictions," says Professor Noel Sharkey (Noel Sharkey), Emeritus Professor of robotics and artificial intelligence at the University of Sheffield and co-founder of the FRR. "If a person suffers from Alzheimer's, it may not distinguish a robot from a real person. We as a society should evaluate these questions, weighing the possibility of settlement of the new rapidly developing sector".
Second problem: people using "sex robots" may gradually become increasingly isolated, which could develop into a form of dependence. "This is very sad and dangerous, because he will be able to love an artificial creation without any reciprocity, as the robot in the best case can only simulate the feeling or desire." Sci-Fi novels and movies, for example, the relatively recent movie "the car", of course, try to deny it, claiming that robots equipped with artificial intelligence can experience the feelings and make completely independent judgments. Science, however, currently takes a different point of view.
There are also problems causing even more concern. Some companies are developing sexual robots "timid" or "prone to failure" character, to those who acquires them, could force them to have sex. "Roxххy Gold" — the so-called "sex-robot" of the company TrueCompanion, which can be turned into a character "Frigid Farah". Trottla is a Japanese company started to produce toy robots life size, dressed in a school uniform and is designed specifically for pedophiles. The founder of the company Tagaki Shin (Shin Tagaki) admitted that he is a pedophile, stating, however, that has never molested little girls, because it uses them instead of the puppet-robots.
Some experts believe that this system can help to prevent rape and harassment of women or minors, however, the authors report a FRR warn that, on the contrary, it can contribute to the growth of pedophilia and sexual violence. "The fight against pedophilia with sexual robots of dubious and disgusting idea," commented Professor Patrick Lin (Patrick Lin), teacher of ethics in the field of robotics at the California Polytechnic Institute. "Let's try to imagine what would happen if we fought against racism, allowing white disrespect for the black robots, humiliate or beat them. It can become the antidote to racism? Likely that not."
The report's authors argue that in the near future it may be necessary "to criminalize rape robot" and equip sex robots with sensors (such as those who blocked the table for pinball, if it's too much tilted), not to allow their owners to use them for satisfaction of tendencies to sexual violence. Scientists also need to ban sexy dolls or robots "the children." It's time to start talking about it, warns FRR to reality has not caught us by surprise when it becomes a mass phenomenon. Research shows that two-thirds of men and 30% of women in favor of "sex robots", who at the moment are from 5 to 14 thousand euros, these numbers will decline as production increase.
Link: https://novosti-n.org/analitic/read/2890.html
More
Comments: 0
Views: 223
CREATED A REVOLUTIONARY NEW SIGHT FOR PISTOLS