The drones learned to "see" through walls 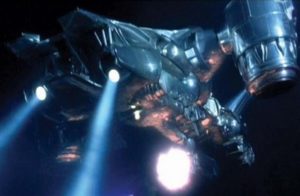 Scientists from the University of California at Santa Barbara (UCSB) has taught drones to "see" 3D objects hidden behind brick walls. However, alone a drone with this task can not cope, he needs a partner. In the future this technology plan to use when conducting search and rescue operations, during archaeological excavations and much more.
The principle on which the drones have learned to look through the walls, resembles a battleship. This requires drones with Wi-Fi.
Synchronous drones overfly brick design of cubic shapes to always be on opposite sides. One of them continuously transmits Wi-Fi signal, and the second caught him by measuring at which points the signal strength varies, encountering an obstacle inside the brick cube. Based on these fluctuations, the computer determines the size and shape of the objects that are there.
Three years ago the engineers were able to teach the ground robots to "see" hidden behind a brick wall objects on the same principle with Wi-Fi. But since they are terrestrial and restricted to movement on a solid surface, the results of "scanning" turned out to be two-dimensional.
Now drones that can fly in any direction, allowed us to analyze what is hidden behind the bricks at different angles. Because they gave a more accurate result. In the long term this opens up the possibility of the use of this system in various fields.
More
Comments: 0
Views: 199
Microsoft has recently introduced a new design for the blind 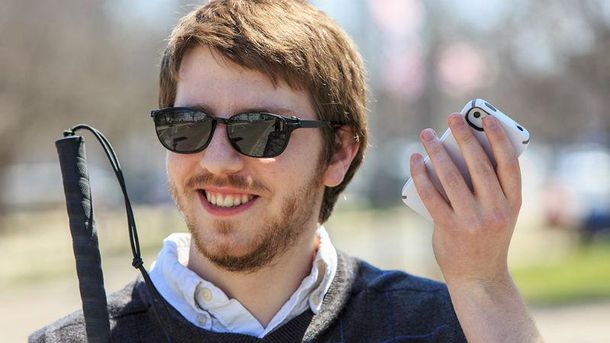 World-renowned Microsoft has released a new app Seeing AI for people with disabilities.
The company announced on the official website.
The app works with Aromarium: when the user moves the camera at the subject, the software recognizes and reads the result. So people who have lost vision, can receive information about the objects that surround them, without touching them.
If point the camera at the person, then the application will describe it, noting the height, hair color, approximate age. Also, the user can take a picture of the person and enter her name in the program. In case the friend gets in the way of the owner of the application, the program identificeret it.
Read also: Microsoft has patented the design, which may revolutionize the world of technology
Along with this are the software allows blind people to search for items by typing the name of the object. For example, bill, clothes, some food, equipment. However, the application can run in unlimited mode, recognizing all around.
It is known that free app Seeing AI is only available for users of Apple mobile devices in the United States. Microsoft has not yet reported, when the program will spread to the whole world.
More
Comments: 0
Views: 244
IN ODESSA THE SCULPTOR CREATED UKROBOTA-TRANSFORMER

Odessa Alexander Milov in the framework of the festival traditions FEST MRII near Nikolayev presented to the public a new art object-a four-meter Ukrobota.
It is noted that the work on the sculpture, assembled from two cars Zaporozhets, Milov began last year.
"We made grandpa Bumblebee, the main transformer from the series of transformers. The legend is this, that they were here even before the birth of the planet and was the first protobranchia. So this is Odessa grandpa Bumblebee. Will be more grandmother", - said Milov.
As a reminder, Google has invested $800 thousand in the development of robot journalists. The Radar project will help local Newspapers and websites to cope with the shortage of income.
More
Comments: 0
Views: 213
Some interesting facts about users of Siri and other assistants

Today the selection of virtual buddies is quite large, but Siri remains the most popular. However, it seems that many had a good long talk. Siri starts to get bored without communication, and fewer people seek the help of an assistant.
Statistics provided by research company Verto. According to this company, despite the increased competition, Siri is the most popular virtual assistant. In second place is outdated assistant S Voice from Samsung, which the company has already replaced the new assistant Bixby. He has two times less people to chat with.
However, the number of Siri users is reduced. In may counted 41.4 million users of Siri. In the same month last year, Siri used 48.7 million people. Assistant from Apple has lost about 15 percent of the interviewees for the year.
There is another interesting statistic. For example, the average time communicating with Siri is 14 minutes per month. Not too much. It is worth noting that most actively use Siri over the age of 55 years. Women use assistant more often than men. Let's see what will change with the appearance in the sale of HomePod.
More
Comments: 0
Views: 235
Smart wallet Volterman will be able to capture the thief

On the platform Indiegogo to raise the money for the production of "smart" wallet Volterman. The device has a mounted camera which will take pictures of anyone who decides to look inside.
This mode starts to operate automatically when the smart wallet loses the wireless connection with the phone owner. In the middle of the Volterman is filling from a smartphone a year ago, but without the display. The device is provided with 512 MB of RAM.
In addition, Volterman built in Bluetooth and GPS module, whereby the wallet will be able to keep track of on your device. Initially the developers were supposed to collect 45 thousand dollars, but only for a day fees they received more than 340 thousand dollars.
More
Comments: 0
Views: 204