More
Comments: 0
Views: 240
JAPANESE SCIENTISTS UNVEILED A ROBOT FOR THE DELIVERY OF FOOD TO OFFICES 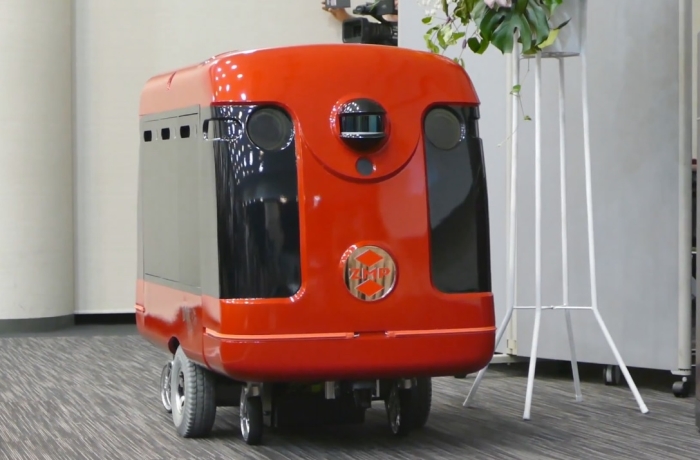 The Japanese company ZMP" showed own robot courier called "CarriRo", which will allow for the delivery of the land. The slogan of the Tokyo-based company ZMP – "Work for all", and thus the robot, which will bring pizza or sushi home. Partner ZMP is the company for the delivery of prepared food for Ride On Express, serves a variety of businesses. In August, she will begin to use CarriRo for transportation orders for the last mile. According to the ZMP, a robot can carry up to 60 servings ready meals. Read also: IN SHANGHAI INTRODUCED a MOBILE DRONE (VIDEO) for the first time to obtain permission from the Japanese authorities on the movement on the sidewalks robot will deliver orders inside buildings.
Source: http://new-s.com.ua/nayka/japonsjka_kompanija_zapustyla_dostavku_jizhi_robotamy_09734.html
© new-s.com.ua
More
Comments: 0
Views: 268
Graphene robot that doesn't need electricity All robots need a power source for its operation. It would seem that this statement is almost an axiom. But in fact, scientists sometimes create such mechanisms, in which insight is not so easy.
For example, recently demonstrated the robot spider from graphene, which movement does not require anything except a certain humidity of the environment.
The frame of the robot made of films based on graphene oxide, and the robot is not built from graphene, a "cut" of a monolithic piece from high-tech carbon material. Activation of the robot occurs when a bright flash of light and increase the humidity.
The robot in motion are able to bend and straighten under the influence of moist air, slowly moving forward. Of course, it is unlikely that someone will "cut" the robots of graphene, because the process of movement of such mechanisms is very complicated.
Nevertheless, the potential of this technology quite a lot. For example, graphene can be used as a sensitive element of the sensors, control various parameters of technological processes.
While the scientists are working on developing more complex movements of the robot spider. The main advantage of the new technology is that the processes of obtaining graphene sheets is already quite fast, relatively cheap, and the activation can be performed even from a simple light flash. For more details see the process of movement of the graphene robot spider you can in the video below.
More
Comments: 0
Views: 193
India earned a passenger train on solar batteries

In India there were successfully completed testing of the trains running on solar batteries. The project belongs to the state railway company, which is the largest carrier in Asia.
Innovative passenger train that runs on the energy of the sun is driven by the diesel locomotive. After that, the work of connecting the solar panels located on the roof of the structure. Thanks to the batteries in the train has a light, work, fans, screens with information.
The authorities of the Delhi report that the train is solar powered will save you up to 21 thousand liters of diesel fuel per year. In India want to transfer the work of the railway system to solar energy within ten years.
Source: VladTime
More
Comments: 0
Views: 192