American developer Chris Bolin (Chris Bolin) has created a website that runs only without Internet connection. It is reported by the Motherboard.
"You have to go off-line to see the contents," reads the message on the home page.
After you disconnect from the online portal opens the message in which the author advises to frequently go off-line for those who want to be more productive.
According to Bolin, in today's world people's attention belongs not only to the friends or family members, but unknown to spammers. Almost all places are constantly distracted by the messages, messengers and notifications in mobile applications.
The developer advised website visitors to periodically "give" yourself a minute without connecting the network to truly appreciate their time and themselves.
Source: lenta.ru
More
Comments: 0
Views: 189
Which messenger is the most secure and protected?

All messengers its approach to the protection of correspondence. Some store chats on their own or someone else's servers in cleartext, while others encrypt only the secret chat, and still others offer full encryption of all communication. Whose approach is wiser?
Apps like WhatsApp and Facebook Messenger offer endpoint encryption (by sender and receiver), but their chats be restored when you sign in from another device. The correspondence is stored on servers of companies and can be restored on request of law enforcement or on their own.
WhatsApp, Viber and Line can store correspondence in an unencrypted form in the Apple iCloud and Google Drive, which means it can be compromised in the hacking of an Apple ID or Google account. These messengers give false hope for security and they are suitable only to those who are not discussed in the correspondence any information that should be hidden from outsiders.
Telegram offers a different approach. Correspondence from normal chats are stored on servers and can be restored by the user after uninstalling the app or logging in on another device. Secret chats require full anonymity, their backup is not provided, and if the user deletes the chat room, nobody (including himself) will not be able to recover and read the correspondence. As stated by Telegram, even a correspondence in the normal chat rooms dispersed on servers in countries with different jurisdictions, which prevents its issuance to the law enforcement or intelligence agencies of any single country.
Fully encrypted instant messengers (Signal, Wickr and Confide) do not make a backup of the chats, so their users lose all the chat history when you change smartphone. Worse yet, users of such niche messengers attract the attention of law enforcement who understand that if they're hiding something, they have something to hide, which means they are doing something illegal. The correspondence in these messengers can not be intercepted, but you can look at the confiscated phones.
It turns out that the market of instant messengers is divided between three types of services: those that offer false security, those in which you can lead a carefree conversation and secretive conversations, and those that are completely hidden from prying eyes and thereby attract attention.
Source: iguides.ru
More
Comments: 0
Views: 196
In the United States demonstrated a superweapon 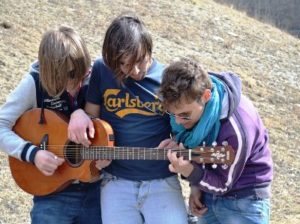 The French company Fireworld has developed a special program hacking Facebook page, which offers assistance to parents doubting the sexual orientation of sons. The program provides access to the correspondence in the social network Facebook. French scientists help parents account users to understand whether their son is gay.
On the appearance of the program responded immediately, activists from organizations involved in the legal protection of young people with gay, and then the article is devoted to the application disappeared from the sites, reports Hot Geo. In France, reminiscent of the defenders of consumer rights prohibited the establishment of spyware without warning the owner.
Source: NEWS.am
More
Comments: 0
Views: 182
The British invented a clever system of sorting waste
In the UK, decided to facilitate the task of proper distribution of debris.
Cambridge Consultants was able to create a system of waste sorting due to the AI (artificial intelligence) and machine learning technology, reports Engadged. The device is able to determine the type of trash and whether to change it, or is it better to recycle.
According to experts, such a system is a container with sensors and with multiple tanks. Before disposing the trash next to those sensors, which indicate its type. The reason for the creation of such gadget is that people don't understand very well what is included in a particular type of waste. For example, the average British, which is quite popular