The new iPhone came up with a different name Manufacturers iPhone decided to give new names to the devices that you plan to release for sale. So, new names will get iPhone 8, iPhone 8 Plus and iPhone Edition, replacing the iPhone 7s iPhone 7s Plus and iPhone 8, respectively.
Manufacturers of accessories for smartphones iPhone recently started to change the names in the "supported devices" — from the list disappeared iPhone 7s iPhone 7s Plus.
Some experts suggest that the iPhone 8 could be called iPhone Pro. The prefix "Pro" often appears in the names of laptops and tablets of Apple, so it can replace the traditional figure.
Some users do not rule out the option with X iPhone — so it may sound like the name of the new gadget.
See also: drones DJI introduced a new generation
Note, Apple has officially confirmed that the presentation of the new iPhone on 12 September.
More
Comments: 0
Views: 176
Innovations in displays: the hook for the buyers or the future of smartphones? 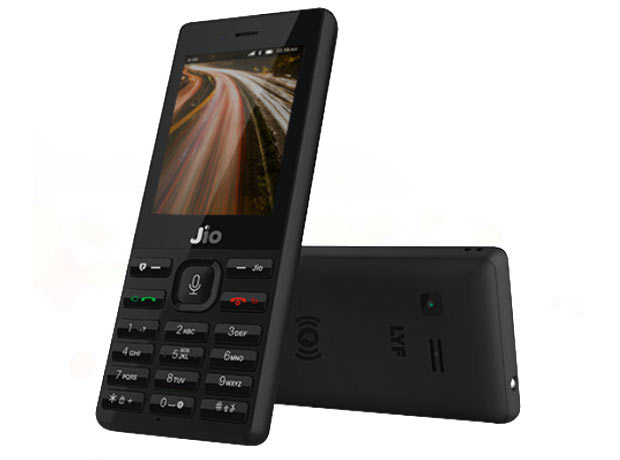 Phone JioPhone was officially launched in July this year, and pre-orders started on August 24.
Apparently, the device is very much loved by the customers, because just two hours after the start of pre-orders, the number of applicants amounted to 3 million people, and 24 hours later their number exceeded 6 million.
The source reports that at the time of closing pre-orders on August 25, the number of people willing to buy a JioPhone was about 10 million, and this phenomenal success for a device of this level.
By the way, JioPhone is equipped with a 2.4-inch TFT screen with a resolution of 240 x 320 pixels, 2-Megapixel main and 0.3 MP front cameras, 512 MB RAM, 4 GB ROM, support for microSD cards up to 32 GB, physical keyboard.
Source: http://ilenta.com/news/smartphone/news_17632.html
© www.iLenta.com
More
Comments: 0
Views: 170
The light in the window. The American startup has introduced the liquid solar battery

Startup SolarWindow Technologies have shown a clear liquid coating for Windows that can collect energy from sunlight.
The new material window can be turned into transparent solar panels that receive energy from sunlight, says Seeker .
On the glass or plastic glazing is applied to a special liquid coating which then dries up under the influence of low temperatures. It is made of carbon material, hydrogen, nitrogen and oxygen. The result is a thin transparent film.
Thus the electricity is generated directly on the glass, then it through the wires, each thinner than a human hair, is applied to the edges of the window frame, which is already present in the wires is fed to the grid of the dwelling.
"Conventional solar panels are inherently opaque and thus through them it is impossible to see. And SolarWindow is being developed to support the architectural beauty and transparency of the window when generating electricity," - said General Director of SolarWindow John Conklin. Target applications for these Windows are high, city buildings and skyscrapers.
SolarWindow the company announced in late August that has partnered with a California firm Triview Glass Industries, which produces special glass panels for architectural firms and commercial developers. According to John Conklin, "this is an important first step to bring technology from the lab to the sun." The company is also working to use their solar film to existing Windows.
Previously NV was informed that the Chinese have developed an innovative solar panels that can generate electricity even at night and during cloudy rainy weather. In order for solar panels can produce energy even at night, Chinese scientists have added to the phosphor with a long Plascon.
More
Comments: 0
Views: 236
Future technology: Amazon is working on a talking drone (PHOTO) Office of patents and trademarks United States has given Amazon a patent for the design of the speaker drone.
Why you need a talking drone
Because it is convenient.
First, he will be able to speak to clients for data verification prior to the issuance of the parcel.
See also: IFA introduced a transparent TV of the future (VIDEO)
Second, he can change the route of delivery. For example, if you have programmed a drone to deliver a package, but plans have changed and you forgot to cancel the command and now see how the drone flies off into the distance.
Third, in case of an accident, talking drone will be able to signal people down below they were careful and did not hit the radius of the drop zone.
More
Comments: 0
Views: 183