Scientists: the Tomatoes protect the liver and brain from the effects of alcohol

Tomatoes protect the liver and brain from the effects of alcohol. This statement was made by American scientists. They conducted an experiment on mice and found a positive effect of tomatoes on the body when drinking alcohol.
Experts have divided the rodents into two groups. One introduced alcohol and substances contained in tomatoes. The other was given only alcohol. The experiment lasted for a month. For mice this dose of alcohol was equivalent to chronic alcoholism in humans. After 30 days, scientists tested the condition of the internal organs of mice. Those rodents that did not consume tomatoes, significantly undermined their health. Mice, receiving the powder from the tomatoes retained their liver and brain in a much better state.
After this experiment the experts say about the significant benefits of eating tomatoes when drinking alcoholic beverages. Substances contained in these fruits protects the liver and the brain from the harmful effects of toxic substances. Scientists recommend to eat tomatoes as often as possible.
Source: VladTime
More
Comments: 0
Views: 205
In Sweden are testing a pilot project of payment for travel on the railway as a micro-chip in the palm of the person.

This pilot project was the train company SJ, reports BBC Ukraine.
The technology enables the controller to scan the hand and get paid. Users are assigned a number, which is used to download tickets to your device.
Experts are confident of the security of a payment system, because you only use a number that says nothing about the user.
Before the experiment, the railway company will attract about 200 people.
In Sweden for at least 3 thousands of people were implanted with microchips that are now used instead of payment cards.
More
Comments: 0
Views: 176
Company Doogee presented an alternative to the facial recognition system Face ID

The Chinese company Doogee first to present an alternative face recognition system Face ID. The development was integrated into the new smartphone Doogee Mix 2, and its purpose is to make a three-dimensional scan of a person with dual front-facing camera.
Well-known manufacturers have tried to emulate the success of Face ID posted in iPhone H. Experts assumed that the first to implement it will be Xiaomi, but their system will appear in the model Mi 7, but ahead of competitors such as Huawei, Oppo and Vivo came from a young equipment manufacturer Doogee.
The company reported that the release device will be held in 2018, though the exact date at the moment is still not present, then it became known some specifications. So Doogee Mix 2 has a special front camera for scanning, the main is double – 13 and 16 MP. The diagonal of the device is 5,99 inches, but has a huge battery capacity of 4060 mAh.
Recall
earlier, representatives of the Doogee reported that the company is working to create a frameless competitor iPhone 8.
Source: an
More
Comments: 0
Views: 177
The world's largest solar power plant is working in Dubai In Dubai launched the project world's largest solar power plant of 700 megawatts. This publication reports The National.
A power plant with a solar collector with a height of 260 meters will build a consortium of contractors from Saudi Arabia and China. The cost of the project is 3.9 billion dollars. It is expected that the plant will be the tallest available.
See also: In the United States found a new way of energy production with water
The plant utilizes a solar collector, concentrating the radiant energy from the Sun. Such devices are very popular in the middle East among the alternative sources of energy.
More
Comments: 0
Views: 189
The Creator of the smiley Scott Falman: "This is the most "geek" thing in the world!" 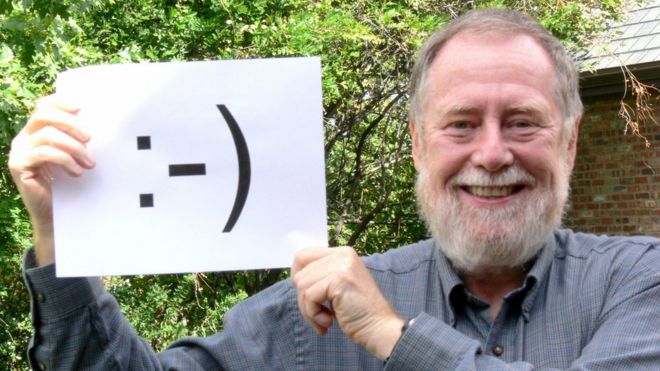