Company Sirin Labs, released last year tamper-proof mobile device worth $14,000, has announced the world's first blockchain-based smartphone. The blockchain is a distributed database in which all information is stored on the computers of each of the members of the network. The device is called Finney in honor of the well-known cryptographer and pioneer of bitcoin, Hal Finney. In Sirin Labs claim that it is the only ready to store cryptocurrency smartphone in the world.
Sirin Labs Finney
In addition to smartphones Sirin Labs as part of its Finney company plans to release a candy bar. All these devices will work in an independent blockchain-based network technology Tangle from IOTA. The network will work without a centralized backbone networks or mining centers, are capable of process the transaction using the token SRN as the default currency. The smartphone will be available for purchase only through SRN and work on the operating system, Sirin, designed to support applications such as the crypto-currency wallets and services secure exchange.
On the official website Sirin Labs indicate the following characteristics of the smartphone Finney:
5.2-inch QHD display;
8 GB of RAM;
the drive to 256 GB;
16-megapixel main camera;
12-megapixel wide-angle camera;
Wi-Fi 802.11 ac;
Bluetooth 5.0.
The estimated cost of the smartphone is $999.
Source: 4PDA
More
Comments: 0
Views: 225
Twitter will increase the limit of messages up to 280 characters 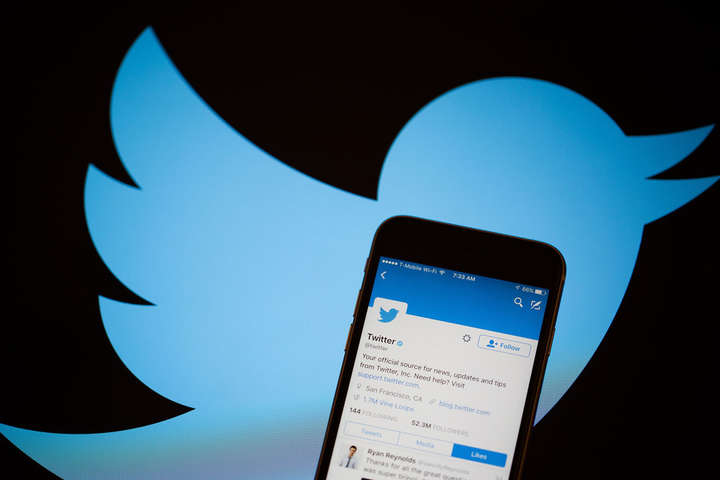 At the moment the message in a microblog limited to 140 characters
Guide microblogging service Twitter has announced plans to double the number of characters in the message.
This was reported in the Twitter blog.
At the moment the message in a microblog limited to 140 characters. Now the club is going to experience an increase in the limit to 280 characters.
It is noted that the first such opportunity will receive only a small portion of users.
If testing is successful, every user can use this feature.
Earlier it was reported that the founder of Telegram, Pavel Durov said that he is ready to continue to keep the secret of correspondence of the users of the messenger, even if for this he will have to break the law.
We will remind, the head of Roskomnadzor Alexander Zharov warned personally Pavel Durov, Telegram administration and its users about blocking messenger, if the company refuses to comply with Russian legislation.
More
Comments: 0
Views: 186
Cisco closed the acquisition of a developer of software for data centers Springpath

Cisco has closed the acquisition of a software for Hyper-converged environments Springpath for $ 320 million.
Under the agreement, Springpath joined the division of computing products Cisco (Computing Systems Product Group) under the leadership of Liz Centoni (Liz Centony). The co-founders of Springpath Mallik Mahalingam (Mallik Mahalingam) and Adapinar Krishna (Krishna Yadappanavar) moved to Cisco.
Springpath offers a distributed file system for Hyper-converged systems, including server hardware and storage systems. Developed by the technology called HX Springpath Data Platform she used in Cisco UCS servers to create systems HyperFlex deployed in more than 1800 companies around the world. The number of clients that work with Cisco UCS servers, more than 60 thousand, writes CRN, citing a statement from Cisco.
According to Liz, Cantoni, Springpath is a strategic asset in the portfolio of solutions for data centers Cisco in terms of how the Corporation focuses on providing customers with a software-oriented solutions.
Source: dailycomm.ru
More
Comments: 0
Views: 189
THE NEW WIRELESS SYSTEM PROVIDES A TRANSMISSION OF ENERGY AND DATA SIMULTANEOUSLY We have become accustomed to the fact that our phones and other mobile devices receive the data from outside by using wireless technologies such as Wi-Fi and Bluetooth. In recent years more and more widespread to start, and wireless charging technology batteries, but, unfortunately, all wireless chargers, with very few exceptions, work efficiently only on a very small distance. Researchers from the University of North Carolina (North Carolina State University, NCSU) has developed a new wireless system, capable of performing both the above-mentioned functions, it enables you to transfer at a relatively long distance, both energy and data simultaneously, according to dailytechinfo.org.
System wireless charging typically use inductors that emit electromagnetic fields. These fields are converted back into electricity other coils embedded in the phone or mobile device. But the built-in wireless charging system, and systems that can be purchased as optional components require that the phone or device lying on the surface of the charger.
"Recently, our scientists carried out researches have allowed to increase the range of system operation of wireless charging to within inches," says David Ricketts (David Ricketts), one of the researchers, "And this work became the basis for our next step."
In order to provide efficient power transfer, wireless systems use very narrow-band signal that is not very well suited for providing high speed data transmission. The new system uses two signals of the same range, all transmitted energy is concentrated within a narrow band, and the rest is used for data transmission. In addition, to increase the speed of transmission, the researchers used additional methods, such as automatic alignment of the channels.
"Previously it was thought that for effective wireless transmission of energy require extremely narrow-band transmitters and receivers," says David Ricketts, "We showed the possibility of creating a broadband, narrow band which is allocated for transmission of energy. This system is inherited all the best features of existing systems for wireless charging and wireless information transfer".
During tests, researchers were forced to work their system in different modes, in the mode of energy transfer in the mode of simultaneous transmission of energy and data. The distance between the transmitter and receiver was 16 inches and through a wireless "energy" channel siphoned energy, with a capacity of 3 Watts. At this level of energy transfer additional data transfer reduced the overall efficiency of a wireless charging 2.3 percent, while transmitting 2 Watts of energy efficiency fall was only 1.3 percent.
"Our experimental data show that our system is as effective as existing devices for wireless charging. And now we'll do the design of the new system, which, at the same time charging the battery will allow you to watch movies from the Internet," says David Ricketts.
More
Comments: 0
Views: 191
Students NSU has created an uncrackable encryption algorithm

The group of students of NSU has created a unique encryption algorithm that is uncrackable. According to the developers, it has three features: veroyatnostnoe, symmetry and size.
The project was presented at the international conference on programming Big Data Conference. The students say that the new product allows you to securely protect information and personal computer from any unauthorized access. Spokesperson of NSU reported that when encrypting the same text with one key, the encrypted message each time will have a different structure.
This option significantly complicates the cracking of the algorithm, including the use of a quantum computer. The method according to experts is the most urgent for the Internet of things, as well as when working with large volumes of data Big Data.
Source: an
More
Comments: 0
Views: 169