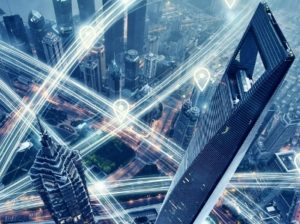 The company plans to begin construction of a new generation city in the near future and the city of Shanghai in China was chosen as the territory for construction, Planet-today reports.
Vehicle-Road-City Integrated Smart City is the full name of this project, which will be of great value and practical value. Among ordinary people, he is already known as the "smart city." The Chinese startup Human Horizons wants to start developing and producing unmanned vehicles and designing high-tech roads.
Fifth generation networks will be a way to transfer data and access communication. It is also planned to create a special technology that allows communication with various representatives of the infrastructure.
The implementation of cloud computing and the processing of large amounts of data are expected. Three drones will operate on the territory of the “smart city” to effectively collect information.
A special technology based on the 5G system will control the proper functioning of infrastructure facilities. Autonomous movement will also be under control. According to unofficial data, the HiPhi 1 crossover can be used on the territory of the new building.
Dzherelo: NEWS.am
More
Comments: 0
Views: 236