At the Indiegogo Collective Financing Facility, the new X One electric bike has arrived.
The bike is controlled using the application on the smartphone. On the frame of the device there is a special mount in which the smartphone is placed. Thanks to the owner’s authentication by face, a third-party will not be able to use the bike.
The smartphone can also be used to control various functions of the bike using voice commands, and turn signals are turned on by tilting the head to the corresponding side.
The X One frame is designed from composite materials, due to which the bike weighs from 20 to 24 kg. The lights are activated thanks to the light sensor.
The battery is removable, it charges in just 2.5 hours. Its charge is enough to provide 75 km of track at a speed of 45 km / h. It is noted that during riding from a hill, under a hill or during braking, energy is generated, due to which an increase in the course of the bicycle is provided.
The price of X One starts at $ 1999 for the basic version and reaches $ 2199 for the most powerful modification. In retail, a bike will cost between $ 3,999 and $ 4,399.
Source: https://ilenta.com/news/misc/misc_26924.html
© www.iLenta.com
More
Comments: 0
Views: 172
Scientists have explained why there is so much hatred in social networks 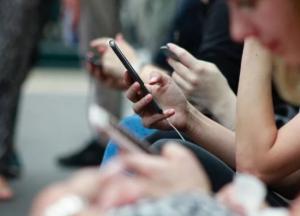 It turns out that haters rush in social networks with harsh comments because they hope in this way to gain social status. This conclusion was made by American psychologists who applied the concept of “moral grandstanding” to the study of social networks, writes FaceNews.ua.
In social networks, people cling to other people's mistakes, often express radical views and are not ready to listen to another point of view - all to impress.
To study the behavior of people in social networks, psychologists developed a questionnaire in which they asked participants to rate statements like “My moral / political views should inspire others” (desire to gain authority) or “I share my moral / political views so that my opponents feel bad "(desire to dominate).
Participants were asked to take a few more tests. In total, more than a thousand people fell into the sample.
Research results
It turned out that the desire to have authority was associated with narcissistic extraversion and extraversion in general, and the tendency to dominate - with narcissistic antagonism (willingness to use others for their own purposes) and lower scores on the scale of consciousness, goodwill and openness.
Psychologists also found that the motivation associated with dominance is more characteristic of those who conflict in social networks.
Often they share some publication in order to make fun of its author. People who want to reinforce their authority, are networked with like-minded people. Their reposts are aimed at presenting themselves in a favorable light.
More
Comments: 0
Views: 185
Scientists have created the first GMO beer

Researchers have reported in the ACS Journal of Agricultural and Food Chemistry that they have bred yeast for lager, which will extend the shelf life of the beer and lead to improved taste stability, writes FaceNews.ua.
As it turned out, the stale aroma and taste of beer is associated with aldehyde compounds of the type (E) -2-nonenal and acetaldehyde, which are formed by yeast during fermentation and during chemical reactions during storage of the lager.
Brewers used various methods to reduce the level of such compounds in the composition of the beverage by controlling the fermentation conditions or adding antioxidants. However, this did not have a significant effect - beer still deteriorates relatively quickly.
Therefore, a group of scientists led by Qi Li genetically modified camp yeast, which could produce more NADH molecules (reduced nicotinamide adenine dinucleotide).
They, in turn, increase the activity of natural yeast enzymes that can change aldehydes to other types of compounds that affect the taste and shelf life of beer.
During the experiment, the genetic technique of “overexpression” was used, thanks to which the expression level of various genes associated with the synthesis of NADH was artificially increased.
By trial and error, 4 genes were identified, with overexpression of which the number of produced NADH molecules increased. With the further use of modified yeast in brewing, the acetaldehyde content in the camp was 26.3–47.3% less than in the control samples.
In addition, the new strain produced more sulfur dioxide, a natural antioxidant that also prevents the aging of beer. The remaining changes in the composition of the new camp turned out to be insignificant and did not affect the taste characteristics and did not affect the shelf life extended by such a technique.
More
Comments: 0
Views: 157
SCIENTISTS LEARNED TO MAKE PLASTICS FROM BANANA WASTE
Plastic can be recycled several times.
Australian scientists have decided to deal with the low efficiency of the process of growing bananas and found application for their stems. Now they can produce environmentally friendly plastic that can be recycled several times.
According to employees of the University of South Wales, growing bananas is a very expensive activity, since only a small part (about 12%) of the plants grown is eaten. The vertical stems that make up the bulk of the plants are usually simply thrown away.
Professors Jayashri Arkot and Martina Stenzel, who drew attention to the problem, created a technology for the production of plastic, which is based on raw materials, which are waste from the production of bananas. Scientists chopped the vertical trunks of bananas (pseudostems) and dried the resulting mass in a high-temperature oven, and then made fine powder from it. The powder was mildly treated with chemicals, whereby nanocellulose was isolated from it. This nanocellulose is the basis of environmentally friendly plastic.
"The result of the process is sheets resembling parchment paper in structure. Biodegradable packaging for food products can be made from this material. Plastic can be processed several times, and then left in the soil for decomposition without fear," the authors of the technology note. It became known that the 23-year-old Briton Lucy Hughes mixed fish scales and skin together with red algae and created biodegradable plastic.
This is stated in the plot of the NTD channel. The inventor is surprised: “Why do we need hundreds of artificial polymers, if all of this already exists in nature?”
Lucy named her invention MarinaTex. Its main advantage is that, unlike most other types of plastic, it decomposes at ordinary temperatures in just 4-6 weeks. Thus, this film can be disposed of in compost even at home.
Lucy said that the idea to create such a bioplastics came to her when she went around at a fish processing plant. There, the girl saw that a huge amount of fish waste was simply thrown away. Then the girl needed to conduct about a hundred experiments before choosing the right ratio of components.
Interestingly, Lucy conducted her scientific experiments in her kitchen, without major funding. She found that 1400 MarinaTex bags can be made from one medium fish.
More
Comments: 0
Views: 149