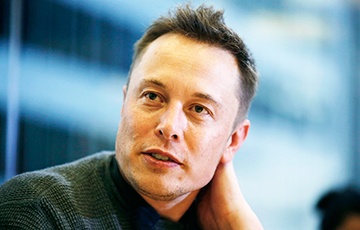 Over the next five years, SpaceX plans to develop a fully fledged autonomous life support system, designed with Martian conditions in mind. We are talking about equipment that extracts resources and energy, filtration technologies, devices for the production of breathable air. The entrepreneur plans to deliver all this to Mars with the first cargo shuttles already in 2022 using a BFR ("Big Fucking Rocket") rocket of its own production. According to the entrepreneur, all the forces and future funds of the company will go to the development of this rocket. Musk plans to build it on the money earned from satellite launches and cargo deliveries to the ISS, RBC reports.
Colonization of Mars will take place "waves." The first colonists will have to go to the Red Planet already in 2024. Their goal is to deploy a base on the surface of Mars and prepare a springboard for future settlers. Those, in turn, will continue to expand the colony and wait for the next arrivals, and so on. Of course, these terms can be called conditional - the goal is too ambitious.
In addition, Musk proposed using a similar system to colonize the Moon - NASA leaders have already become interested in this proposal, who in recent years have often talked about the possibility of humanity returning to Earth’s satellite. At the same time, lunar missions have even more chances to come true - not only SpaceX and NASA are interested in the colonization of the moon, but also the space agency of Europe, China and the domestic Roscosmos. So if the Mask company manages to interest potential investors, the human foot will set foot on the Earth’s satellite even earlier than on the surface of Mars.
The entrepreneur has already posted on his Instagram a render of a hypothetical lunar colony.
Musk did not forget about the Earth, putting forward another proposal to create a new type of public transport. We are talking about missile flights, thanks to which you can get anywhere in the world in no more than an hour. Moreover, the cost of the flight will be comparable to the cost of an economy class ticket on an airplane.
SpaceX released a video illustrating the technology of the entire process. In the reservoirs of large cities, it is proposed to build floating platforms, which are launching pads. Passengers (from 80 to 200 people) will get to them in boats and board the same BFR rockets that will be used for missions to Mars. The spacecraft will then enter the Earth’s orbit and will be divided into two parts: one will fly back, the second - to the destination. Thus, you can get from New York to Shanghai in just 39 minutes, from Hong Kong to Singapore in 22, from London to Dubai in 29.
If this method of transportation is implemented, then it will become the fastest in the history of mankind - the maximum speed of a rocket is 29,000 km / h. True, this is unlikely to happen soon. First of all, passengers will probably experience crazy overloads, which means that not everyone will decide to fly in this way. In addition, there remains a safety issue: the plane is statistically considered the safest mode of transport, while SpaceX has learned to put rockets back into Earth back to Earth relatively recently.
More
Comments: 0
Views: 141
Improved AI can create more problems than it seems 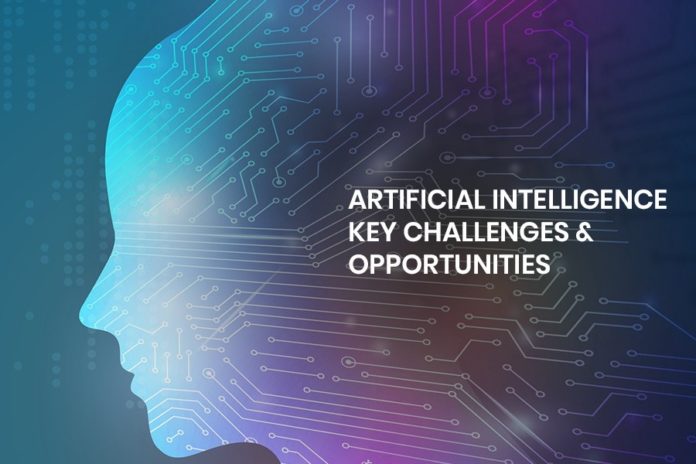 It is no secret that significant improvements in the development of new artificial intelligence systems are gradually leading to a significant expansion of the possibilities for self-learning - and at the same time, it is becoming more and more difficult for human users to maintain anonymity and confidentiality on the network. This is evidenced by a new social study in the field of cyber security, compiled by an experienced team of computer engineers from the University of California under the leadership of computer and optical engineering professor Anil Aswani - in his work he argues that artificial intelligence also creates problems in international law.
Namely, in the field of compliance with the 1996 HIPAA International Internet Privacy Act, his study collected training data on artificial intelligence and machine algorithms over the past two years, aimed at user data from more than 15,000 Americans participating in the experiment. The results of the experiments showed that even the most proven and powerful ways to protect user information for the most part give up their positions in front of constantly improving artificial intelligence, which finds new loopholes and opportunities to penetrate the personal and corporate sphere of users.
Thus, Aswani points out the need to review current international agreements on this issue, as well as to revise the approach to the design and use of artificial intelligence in Internet information systems, where it can cause considerable problems in the context of confidentiality and information protection.
Be that as it may, it becomes clear that such a situation may be very good news for some, and for others - an occasion to think about enhancing the effectiveness of cyber protection tools. In addition, an increase in the functionality and capabilities of artificial intelligence can also mean the possibility of building more complex machine learning systems.
More
Comments: 0
Views: 157
USA will build hotels in space 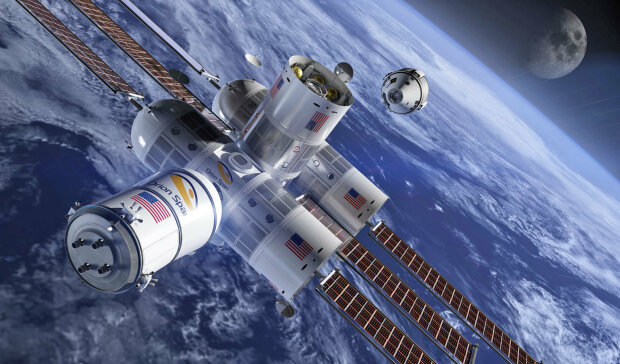 Space will become accessible to tourists: US specialists will build hotels in the Universe
Author: Julia Kotlyarenko
00:20 03.12
Incredible idea!
Space is getting closer and closer for everyone. This time, several American companies decided to build a hotel for tourists in space.
Photo: NASA
People have long puzzled over how to better and more efficiently master space. And here are a few American companies have proposed a radical solution to space exploration and even build several hotels for tourists there.
Thus, the California-based Gateway Foundation plans to build a huge space station that can accommodate more than 400 people, including tourists, researchers, doctors and domestic workers.
It is reported by Gromadske with reference to Reuters.
It became known that the Gateway Foundation is already developing a project to build a huge space station, which could accommodate more than 400 visitors, including scientists, tourists and even attendants. This is a large-scale project, which is taking place and may soon come to life.
As the developers assure that this will make it possible to save money and go on vacation not to overseas islands, but to space. Previously, it was even hard to believe, but with how the work on the project is going, it is likely that this will soon become a reality and people can actually fly on vacation into space.
It is noted that the company plans to place the first people at such a station as early as 2024. Accompanied by a crew member at the station will be able to stay 12 days with up to five passengers. The cost of such a trip will be 9.5 million dollars.
Guests at such a space station can enjoy sunrise and sunset, take part in scientific research and play table tennis in zero gravity.
More
Comments: 0
Views: 151
Japanese cosmetologists have created artificial sprayed skin (PHOTOS

The atomizer contains a special liquid, which consists of the smallest fibers.
According to cosmetologists, the spray consists of thin fibers that hide defects, moles and at the same time do not interfere with a person’s own skin to breathe.
Spray or Est product is an artificial skin replacement, reports Daily Mail.
The fluid consists of the smallest fibers that adhere to the surface of the skin and create a shell about one thousandth of a millimeter thick.
The developers assured that the membrane is elastic and stretches in all directions. They especially emphasized that the spray does not harm the skin, because it does not seal tightly: there are microscopic gaps between the fibers that allow air and water to pass through.
Beauticians are convinced that the novelty will even help moisturize the skin, because thanks to the shell, the water lingers in it longer.
The tool is planned to be put on sale in Japan and it will cost about 58 thousand yen, which is about or 530 dollars. They are also planning to offer artificial skin in the form of a lotion, which will be much cheaper. Since 2020, they promise to make products available for online ordering.
Representatives of the manufacturer said that their novelty can and should be used in medicine. Earlier in the USA, a stem cell saturated liquid spray was used to treat burns.
More
Comments: 0
Views: 152
Created a unique “thermal switch" for electronics

Physicists at the University of Illinois today unveiled a unique new technology for heat flux switches, which until now has only been contained primarily on paper and in the minds of researchers, due to the many practical problems of its practical design. An article with this technology has already been published in the scientific journal Applies Physics Letters, where development experts explained how they managed to create a full-fledged thermal switch of the heat flow, while not only not upsetting the balance inside the device, but also efficiently and timely transmitting the flow as desired operator user.
Switches in general are an extremely common technical element in our daily lives - with the help of mechanical switches, for example, we can open and close the doors of cars, and with the help of electric ones turn on and turn off the electricity. However, the practical creation of a heat flux switch is a rather problematic task, since it is necessary to find a way to “destroy” the connection between the hot region and the cold region within the framework of such a switch.
And Illinois experts found one, using drops of liquid metal as a bond-breaking barrier. Liquid metal is used in the context of the so-called heat path, which has also become part of the development - it represents the direction of the heat flow to the switches, which is activated and deactivated with the help of liquid metal.
Successful experiments with such a prototype of the heat flux switch have led scientists to the idea that it is necessary to try to further improve and stabilize the manual switching of the heat flux. To this end, they used a system model of the switch, on the one side of which they placed a mini heat center, and on the other, a center of cold flow. By deactivating the mid-direction of the heat flux and liquid metal, they were able to successfully cool and heat the device, depending on the initial operator’s command. Such a method can be truly revolutionary!
More
Comments: 0
Views: 155