Xiaomi Yeelight Smart Beauty Mirror: a smart mirror with LED illumination for $ 28.
Xiaomi continues to delight us with new products. The manufacturer launched another crowdfunding company at Youpin’s own site.
We are talking about a "smart" mirror Yeelight Smart Beauty Mirror. It received heating and two LED-backlit c 252 LEDs. They are located vertically at the edges of the mirror.
The user can adjust their brightness (up to 600 lux) and color shade in the range of 2700K-6500K.
Naturally, the device can be connected to the Xiaomi smart home and controlled from a smartphone.
More
Comments: 0
Views: 191
Google News adds support for two languages 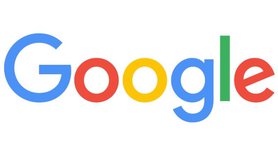 Google has added support for two languages in the News aggregator application instead of one. So the company wants to reach 60% of the global audience that speaks and reads in two or more languages.
This is stated on the Google blog, reports BusinessCensor with reference to TJournal.
After updating the News application, users can add a second language to the settings and switch between news in different languages. As planned by the company, this will help people who have just moved to another country and want to read news from their homeland, as well as those who live in territories where they speak several languages.
In the new version, users can also read news in different languages at the same time - notes will be formed in a single feed. Google explained that the update will not affect personalization settings, and news in another language will correspond to the interests of users.
So far, bilingual support has appeared only in the mobile version. In the desktop version, the service still allows you to select only one language. The new feature has earned for users from 141 countries and supports 41 languages on iOS and Android. Source: https://biz.censor.net.ua/n3158212
More
Comments: 0
Views: 172
Google's first smartwatch unveils new Fitbit patent 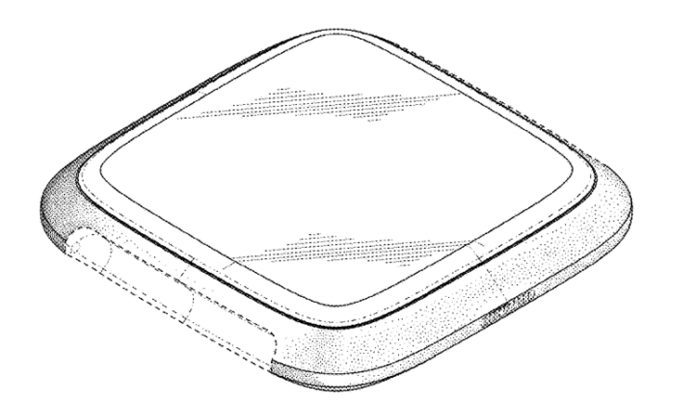 The other day it became known about the purchase by Google of the manufacturer of wearable devices Fitbit. In the light of events, the corporation hastened to patent the acquired developments, and one of the first was named - “Low-profile capsule for fitness monitoring”. The technical component of the device is hidden, but some details can be distinguished from the provided drawings.
Previously, Fitbit's core business was fitness equipment, so it’s logical to continue the production line of the acquired company. The product has the shape of a smart watch, where you can see the places under the bracelet straps.
Fitbit-Google - patent for a new device-3
On the front side there will be a square-shaped display, most likely with touchscreen support. On the back, a sensor module is indicated, a similar one is used to read the user's medical parameters.
By the way, the application was submitted by previous Fitbit owners back in May of this year, and the actual registration occurred six months later. One can only assume that $ 2.1 billion paid for Fitbit will be an economic success for Google.
More
Comments: 0
Views: 168
Researchers have studied the properties and structure of a completely new semiconductor

The researchers studied the structure and properties of the first synthesized complex sulfide EuErCuS3.
The work is published in the Journal of Alloys and Compounds. The attention of scientists to chalcogenides, compounds of chalcogenes (sulfur, selenium, tellurium) with metals is associated with their unique properties. Among chalcogenides, one can find not only semiconductors and superconductors, but also compounds with magnetic and optical properties.
Chalcogenides of rare-earth elements (REE) have no less practical potential. REE double and triple chalcogenides often exhibit a number of new thermal, magnetic, and optical properties uncharacteristic of other chalcogenides. In this work, the authors examined the synthesis and structure of the complex sulfide EuErCuS3, and also evaluated its optical, magnetic, durometric, and thermal properties.
It was found that the compound crystallizes in the Eu2CuS3 structural type, which is typical of EuLnCuS3 compounds. The synthesized compound contains a magnetic ion Er3 +. As a result, this ion experiences a ferrimagnetic transition at low temperatures of about 4.8 K. For comparison, in another chalcogenide, EuGdCuS3, the transition is observed at a temperature of 5.4 K.
The authors also demonstrated that the values obtained by studying the magnetic and thermal properties of EuErCuS3 are in the range for the isostructural compounds ALnCuS3 (A = Sr, Eu; Ln = La-Lu). The crystal structure and phonon spectrum were calculated for EuErCuS3 using the LCAO-MO approach and the density functional theory using the B3LYP hybrid functional. The calculation results allowed scientists to interpret the observed vibrational spectra. The valence state of RE ions (Er3 + and Eu2 +) was verified by a combination of X-ray diffraction and luminescent spectroscopy.
Scientists have discovered the organic features of the brain structure of people with autism
The indicator that the research group first drew when studying electrical properties is the band gap. This indicator allows you to evaluate the ability of solids to pass electric current. According to the results from the diffuse reflection spectrum, this indicator is 1.934 eV.
It can be said that the synthesized chalcogenide is a semiconductor. Interestingly, the calculated band gap (2.56 eV) differs from the experimental one. According to the authors, this may be due to the fact that in the calculations the orbitals of rare-earth ions were replaced by a pseudopotential.
More
Comments: 0
Views: 160
Created a robot pilot capable of controlling any aircraft

Today, almost any technique is able to work without human intervention. Just look around and you will surely see your automatic washing machine, a smart crock-pot and a computer - have you noticed that it installs updates without your participation? But let's talk about a more serious technique, namely unmanned aircraft. They cost millions of dollars, but recently the American company DZYNE Technologies has come up with how to make autonomous almost any aircraft existing today. Agree, because equipping an airplane with an autopilot is much cheaper than assembling a completely new device?
As a rule, autonomous aircraft are created from scratch and are technically very different from conventional aircraft. Take, for example, the Boeing unmanned fighter, which is able to independently overcome 3700 kilometers, simultaneously conducting reconnaissance of the territory. The developers do not talk about it openly, but it is clear that the autopilot system is closely connected with the entire structure of the aircraft. This means that if desired, a Boeing unmanned aircraft cannot be turned into a manned one.
To turn any aircraft into autonomous and vice versa, DZYNE Technologies has developed a robot called ROBOpilot. He is able to take control of any aircraft in his own hands in the literal sense of the word. To do this, you just need to remove the pilot’s seat from the airplane, install a robot instead and put his arms and legs on the steering wheel and pedals. The robot sees the control panel using a computer vision system and takes off, adheres to a given route and lands without any help from people.
All of these features, at least, are reported by company representatives. It is known that on August 9, the ROBOpilot successfully passed the tests of the US Federal Aviation Administration. A few weeks after this event, he underwent yet another test, during which he made a mistake, but what it was and how serious it was is still unknown. It sounds very interesting, but it looks absolutely amazing - the video of the first flight of ROBOpilot can be seen below.
How much such a robot will cost is still unknown. But installing a robot in an existing aircraft is clearly cheaper than creating an autonomous device from scratch. Earlier, the military had already learned to equip F-16 fighters with autopilot, and this cost them a million dollars. But it is worth considering that the installation of an autopilot implies careful work on connecting different parts of the device with a computer, and in the case of ROBOpilot, you just need to put the robot in the cockpit.
In fact, such robotic pilots already exist. One of them is ALIAS (Aircrew Labor In-Cockpit Automation System), developed by the US Department of Defense. In 2016, he successfully coped with the control of the Cessna Caravan, however, he must have a real pilot when working in the cabin. And all because the ALIAS robot is just an assistant, not a full-fledged pilot.
More
Comments: 0
Views: 147