New year is coming in a few days, and the largest Ukrainian mobile operators are preparing to offer new services in the field of voice and Internet coverage.
New year Kyivstar has completed construction work on the modernization of the radio network. More than 7,000 base stations equipped with facilities that support communications standards 3G and 4G. The result is improved quality and expanded Telecom services, and mobile communication of new generation became available for 62% of Ukraine's population in more than 5,000 settlements.
New year's eve Kyivstar increased the coverage of the 3G network in the area of ATO. So, new communication technologies appeared in the city of Pokrovsk and the nearby villages: Hnativka, Novopavlovka, Novoukrainka, horn, Chunyshyne, Pershe Travnia, rose, Smooth. Today Kyivstar is the only one among the GSM operators offering 3G services in the settlements of the ATO zone.
Special attention Kyivstar paid to an expected increase in traffic. In December 2016 increased capacity of communication channels between the two networks Kyivstar and other Telecom operators of Ukraine and with foreign partners, connected routes for international traffic. Special optimization switches will provide continuity of service during peak loads.
The venue of public celebrations will also be provided with a reliable connection. For this purpose Kyivstar installs additional equipment – mobile base station, the standby transceivers of active BSS, etc.
In Christmas and new year holidays emergency recovery teams will work around the clock. In a special mode will also work, and Clearinghouse Kyivstar. New year's eve here will be on duty employees of the "Star Guard" – team of the best representatives of the Department of relations with customers, service Department key clients and line management subscription.
Every year Kyivstar successfully cope with the holiday "peak" in advance to prepare for it. So, in the holidays of 2016 for two days – December 31 and January 1 – Kyivstar subscribers used 168 TB of mobile Internet, made and took almost 550 million calls and sent 50 million greeting SMS and MMS 706 thousand. While all services are worked steadily.
For its part, Vodafone Ukraine also expects growth in user activity on the network. Experts cited several factors for this:
A substantial extension of the coverage today of the Vodafone 3G services available to more than 54% of Ukrainians;
The increase in the number of data users- the number of subscribers to 3G network, Vodafone has increased almost 5 times;
Consumption growth – today, the subscribers in the network Vodafone use 3 times more mobile Internet than last year;
Promotional offers – part of the winter promotions prepaid tariffs Vodafone has received twice as many minutes and megabytes without increasing fees.
Given these factors, as well as what for Christmas greetings subscribers are increasingly using mobile Internet, with particular attention paid to the transmission of data.
In addition to the increase of the Internet traffic these holidays, the network Vodafone Ukraine is expected to increase calls abroad. Over the past year the cost of calls to 62 countries for subscribers to Vodafone fell by 64%, which led to 38% growth in traffic to international destinations. In addition, the operator offered its subscribers the additional services for calls abroad is a service "Poland", which provides 200 minutes for calls to Polish rooms, and the service is "Unlimited abroad", which allows you to call 3 numbers in Poland and Russia without time limits.
To ensure the smooth operation of the network engineers has conducted a number of activities: analyzed the throughput of the main technical interfaces and made the necessary changes in the equipment settings. Experts have also changed the settings in order to minimize the signaling exchange inside the system, which accounts for part of the traffic. Through realignment of resources, the network will be able to serve the increased number of calls and transfer large amounts of data.
During the holidays, the operator shall suspend the work on the modernization of equipment and software and to change network configuration. New year's eve and Christmas is also suspended sending of information SMS and MMS, to free the network to transmit greeting messages. Provides additional technical support from equipment suppliers. In order to increase the network bandwidth, the operator activates additional transceivers and expands channels of communication between core network elements.
Note that new year's eve is traditionally the most active period of the year and a test of strength when the load on the network increases significantly. The company's specialists have noted in recent years, the trend of distribution peak loads not only between different services of Internet, voice, SMS – but in a wider time interval. 3 years ago the people of Ukraine are most often called to congratulate each other on holidays, in the first hour of the new year, whereas last year the peak voice activity was not so sharp – the number of calls gradually increased, starting from 18:00 on 31 December.
In addition, a significant part of the festive communication has migrated to the Internet. In the new year and Christmas holidays 2015-2016 Ukrainian subscribers have downloaded 508 TB of traffic on the network of Vodafone, more than 60% of the total holiday Internet traffic accounted for 3G services, which at that time was available mostly in regional centers.
More
Comments: 0
Views: 431
В центре Еревана установлена солнечная станция для зарядки смартфонов 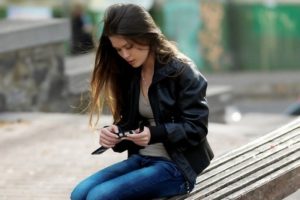 The first solar station for charging of mobile phones appeared in the Swan lake in downtown Yerevan.
As reported by the Armenian Telecom portal, telecom.arka.am, installation financed by Fund Awesome.
The station is "working" on environmentally friendly solar energy. Solar panel charged lithium-ion battery that in turn charges your cell phone. "This means that you can charge your phone even in the absence of sunlight, e.g. at night", — stated in the message.
It is noted that on the same station at the same time to charge six mobile phones.
"To fully charge the solar station requires 4-6 hours of daylight, in this case, the station is able to provide energy gadgets for a period of 40 hours, and more", — stated in the message.
Foundation Awesome Foundation — a global organization, promoting a amazing ideas on the planet. The Fund provides microgrant in the amount of $1000 to individuals or group of individuals working on amazing projects.
Source: Newsarmenia
More
Comments: 0
Views: 502
VOLODYMYR GROYSMAN SUPPORTED THE IDEA OF BRINGING MOBILEID Prime Minister of Ukraine Vladimir Groisman expressed their support of the project, allowing at the state level to use digital signature MobileID. This project was submitted for consideration to the Cabinet of the mobile operator "Kyivstar", during the meeting on December 23.
MobileID is an electronic service that allows a person to use your smartphone for identification. On the SIM card will be written with data, the identity of the citizen: digital signature, passport data, identification code and other personal information. With the help of this service you will benefit not only the public but also commercial services.
"Every person should be able to order and receive service from the state without the necessity of contact with officials. It will be an achievement, including in the fight against corruption," — said Groisman.
The Prime Minister also noted the need to provide support to the project at the level of the entire government. According to him, the Cabinet was asked to form a package of necessary documents.
In turn, Kyivstar said that if approved the project is ready to offer such a solution in the next 12-18 months.
Read more: http://igate.com.ua/lenta/17774-vladimir-grojsman-podderzhal-ideyu-vvoda-mobileid
More
Comments: 0
Views: 596
Of the border the US will check the social networking accounts of foreign tourists - the media
Representatives of border services of the United States of America declared carrying out large-scale action for checking of foreign tourists for the presence of extremist statements in the social networks of the Internet.
It is reported of the influential professional publication Engadget
According to official data, the American border guards and customs officers will now require foreigners detailed information about all websites and accounts on the world wide Web belonging to the individual guest. "It is, above all, about the tourists visiting the United States on the system of visa-free regime, - says the statement of U.S. intelligence. –; However, in the near future, like th check will be subjected to all persons entering the territory of the United States.
The new initiative has drawn criticism from independent experts. They called the innovation a "violation of democratic norms espoused by Washington."
More
Comments: 0
Views: 482