Attention! Ideological bestseller!!!
Personal non-property and property rights for the invention belong to the author and protected under current legislation.
The idea is that the bread would turn into an oily mass and placed in individual packaging - glass, paper or packaging-the tube". When eating is difficult to apply to other products the cream-bread with the help of convenient packaging. Extended periods of storage, the possibility of making different flavors, including sweet, versatile storage and transport, easy warm-up, including in a microwave machine. Also, in the future, making the children's series cream bread.
Catering establishments will also appreciate this product as innovative and in the long term, enough demand.
The budget for the implementation of the idea - 500 thous.$
+380505238948
More
Comments: 4
Views: 24778
Innovative project "New Month".

Personal non-property and property rights for the invention belong to the author and protected under current legislation.
The administration platform "Innovator" in their presentations not tied to the publish date, because the rating of the author's ideas are constantly changing and presentation projects change their location in the ribbon publications. Today's presentation will never change the publication date, since it's the last in 2017. This is the final publication of this year indicates that last year was a turning point in the promotion of the platform "Innovator", as there were periods when I had a lot to prove to colleagues and partners in innovation and the prospects for this startup.
And because I want to say that from the beginning of 2018 innovative network investments and ideas "Innovator" have serious work to improve functional work and increase promotion at the global level.
This presentation brings in itself the idea of author platform "Innovator". It consists in the fact that the celebration of the New year to move to a monthly period, and call it the celebration of a New month. Below we describe why she was born, at first glance, such a strange idea.
New year we are all waiting for as a miracle when it ends the implementation of all our plans and summarizing their results, when we see the old year with its successes and challenges and celebrate the new year with its hopes and new prospects. But it all happens once a year! Set completely appropriate and understandable question - why not celebrate this kind of event is often, well, at least once a month?! Will have the opportunity to build and adjust their plans more often, will have the opportunity to wish for each person is often felt wishes and receive gifts, etc.
Most likely this idea will be first implemented on a television channel and radio "Innovator" in the form of TV and radio project that will pioneer and trendsetter in the implementation of this idea. This innovative project in the first place, according to the forecasts of the market researchers, in the first place will join the shopping network and entertainment. This will attract potential buyers and visitors will act as regular monthly promotions and discounts, referring to celebration of the New month. TV and radio project will be broadcast monthly preparation and celebration of the New month, with the relevant performances of the show. For this project, again according to the forecasts of our experts, can join in structure of different levels and forms of ownership, including state institutions.
Of course, the full functionality of this innovative project "New month" includes a rather lengthy list of all the items. When partnering or investment prospects of the development of this project, there is an opportunity for potential partners or investors will enter into appropriate contractual relationships and to study the full business plan for this startup.
+380505238948
More
Comments: 0
Views: 1692
Social crowdfunding syndicate "Innovator". 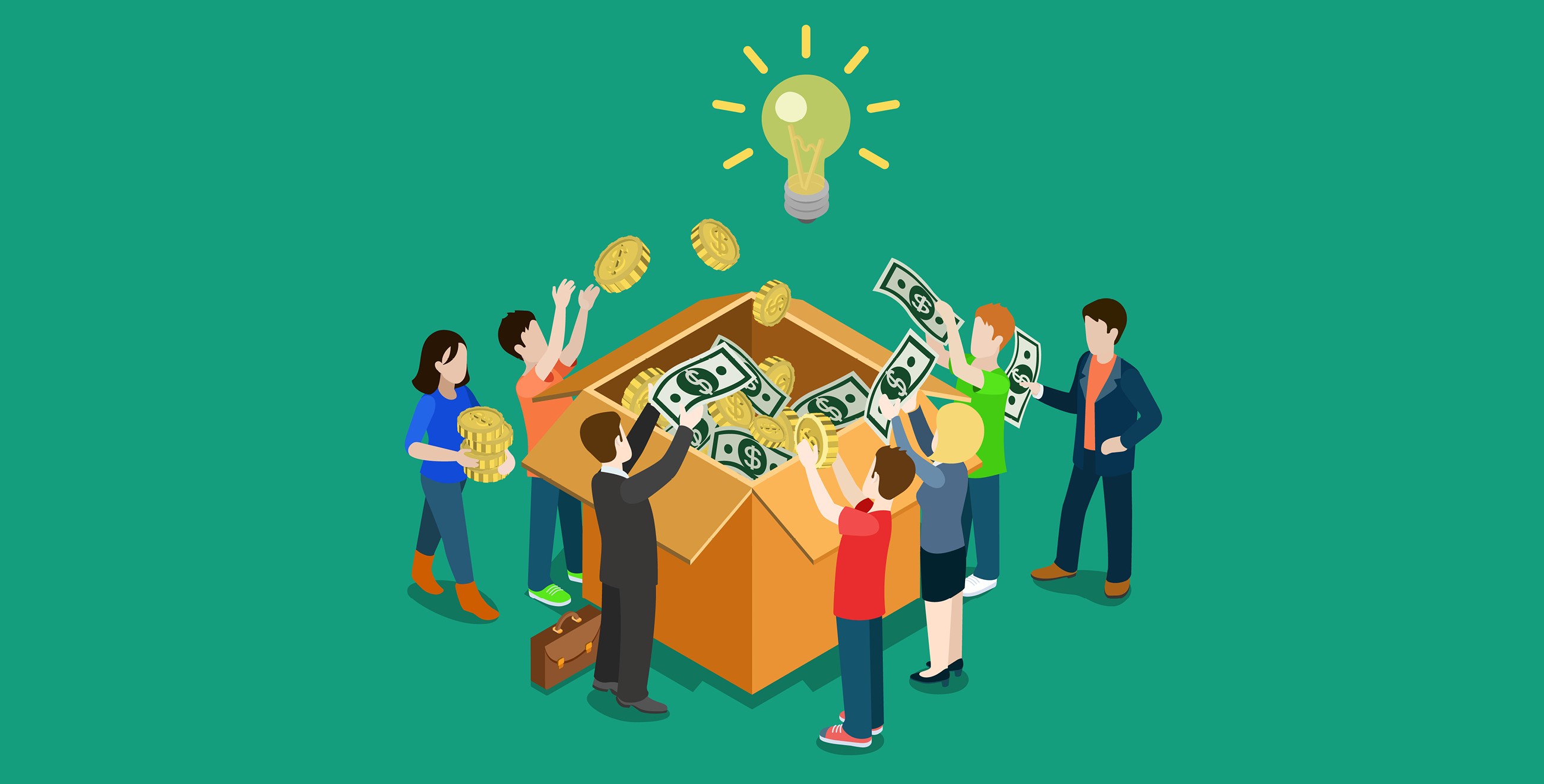 Personal non-property and property rights for the invention belong to the author and protected under current legislation.
Platform "Innovator" in today's presentations represents one of the components of the business model "Innovator" is a social crowdfunding syndicate "Innovator". Again, the administration warns that such social projects. But nothing in the functional work they have. It will all be clear in the presentation, which will be presented below.
The amount of time we spend in social networks and the number of involved population is growing in each passing day. This is an absolute fact, and this suggests that their popularity and investment attractiveness will be interested in as users of these networks and their investors-creators.
Social crowdfunding syndicate "Innovator" carries the idea of dedication to that part of the population, which is accustomed to think and analyze their actions, which has no age restrictions, which boldly shows off their ambitious ideas and is not afraid of responsibility for their implementation, which is easily and simply finds social ties and strengthens the relationship in a slightly different way - through clever ideas and the right decisions. It is, quite simply, the syndicate "smart people"!
If you specify the functionality of social crowdfunding syndicate, he has a very deep and serious sense and solves a new problem associated with the organization of the whole work of crowdfunding. All who are faced with crowdfunding, we can clearly characterize it as a perspective and social view of the promotion and implementation of their projects. But not all can start to promote their ideas because of indecision or inexperience to break into this exciting and interesting process. There is also a problem when some countries are still not ready to development of this sector of the economy. Financial and organizational issues almost always arise at the process of crowdfunding.
Yes, it is nearly equivalent to social networks, but the social syndicate crowdfunding is different because this is the first step to the exit of its users on the crowdfunding platform with their ideas and projects. The user, while passing the original and simple registration by creating your account and enter the world of innovative social communication. The formation and appearance of your room ideas and inventions ( this is the original title of the normal social page ), itself a registered user makes their own. Clear rules for this. It's like your personal room in the big house. One house, where many rooms and they are all different. With the appearance and fullness of your room ideas and inventions, you can understand some traits and the essence of man, his Outlook and indicative plans.
Maybe he, the user, will find here a direct like-minded people with similar ideas. And then, they will be easier to promote their ideas in a new team with new opportunities. Maybe he, the user, the virtual will meet the right "rug", which immediately will be the same and not like appearance, and mental and ideological interests. Maybe he, the user, will waive their ideas and begin to help other members of the syndicate, as it considers a new ideological project is more promising, etc.
As stated earlier, social crowdfunding syndicate "Innovator" is an integral part of the business model of "Innovator". And all these degrees from birth of ideas, discussion, publication and implementation clearly spelled out and shown. The marketplace of ideas today is not sufficiently developed and has good prospects for growth and development. This startup will show to potential investors, at the initial stage of disclosure of a particular idea, prospects of growth or the lack of any prospects.
That is, the user of this syndicate, having had some ranking and some recognition of his ideas can correctly navigate the future prospects, marketing crowdfunding platform with his project.
The idea in the first place, is open for joint development and investment with other social networks, and full of redemption.
+380505238948
More
Comments: 1
Views: 2198
Innovative smell transport service "O smell "

Moderation platform "Innovator" confirms that the author's idea is a best seller and focused on global development. It's all below will be described and presented the primary concept of the development of this project.
So, very often, in conversation with his interlocutors, we use the phrase like - "if I could convey the smell.." or similar phrases such thematic areas. That is, we describe and discuss the problem, when in our memory left a particular smell, but to convey and share his interlocutors we can't. And this is an outstanding issue remains with us throughout our lives. It even becomes completely invisible, because the problem of transfer of smell is not solved.
The author of this idea proposes to create a transportation service smells "Innovator" in order that we could, at any time, to request this service and receive a particular smell. Odors will be transported in special containers. In short, this service will transport the air that has a smell from the place, where he filled a special container. Standard containers will be small in size, no more than a matchbox, which will allow their delivery to the addressee in the shortest terms. Container data will be needed to absorb the smell and be hermetically sealed. The containers may be closed without the key and with him. Such delivery can produce drones and that will reduce the delivery time.
Now you can transfer the smells of the environment, the smells of comfort for those who are traveling or out of town, or even body odors. Remotely, as an example, owners of a network of public catering establishments, can control the odors in their schools through their couriers.
The eponymous mobile app to track the route of the container, so the container will, as optional equipment, set the unit to GPRS. But the main task in the mobile application will be an original analysis of odor, which is currently in the container. A smell analysis can be viewed in the mobile app in a color chart. Each color will correspond to the smell.
This is a brief description of the author's ideas describes the main point of a completely new and innovative services, which quickly attains its global use and quick promotion.
This idea is open to investment, and full of redemption.
+380505238948 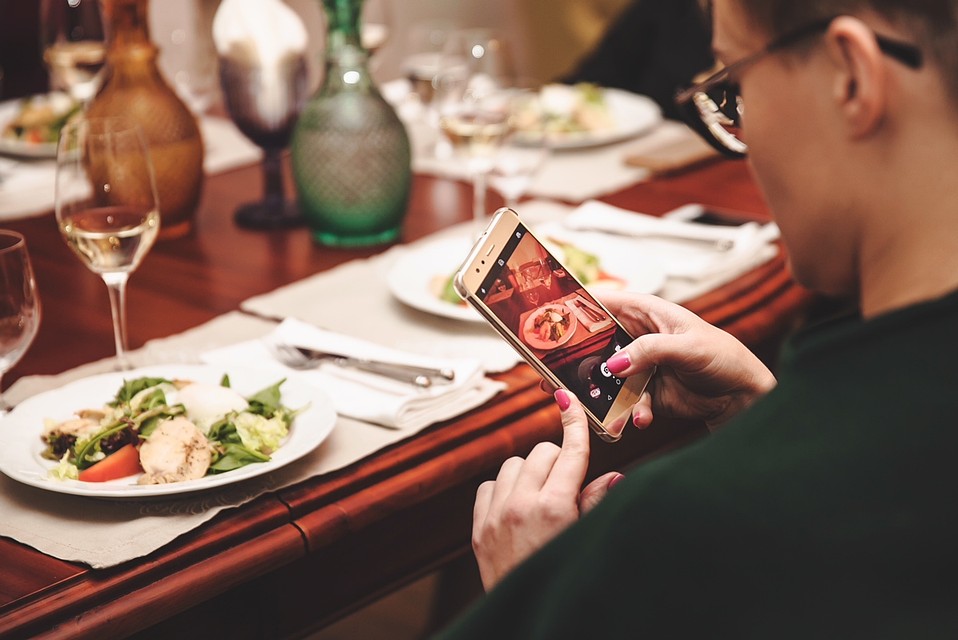 Personal non-property and property rights for the invention belong to the author and protected under current legislation.
This author's idea is designed for a broad range of users who want to plan ahead for your trip to the restaurant and public spaces in the choice of dishes from the menu of the institution. In forming the information are also involved as institution, and visitors to that below and will be described.
"ScanMenu" already speaks for itself - primarily by filling this application is done by the restaurants, cafes and bars, which, in turn, can not use their original menu. They just take pictures or scan your menu and upload this application. The same procedure can be done and the visitors of an institution of this type - to download their menu in the app if their menu is not on the list uploaded. Thereby, helping the institution in promoting their range of products. But this is the first step in an innovative application, "ScanMenu".
The main application will consist in the fact that any user that downloaded the startup drives in the search line of any dish or drink that wants to consume. The program, on the principle of GPS navigation calculates the location of the user who requested the corresponding information, and provides a list of the closest establishments that are willing to satisfy his request with prices and full scanned copy of their menu. The app has the option, in the case of confirmation of the order, book a table and taxi for a certain time.
Brief description of the author's startup shows that the service from the moment you explore the menus and to the formation of the order can work remotely and comfortably.
The idea is open for the development of the investment component and for the complete redemption.
+380505238948
More
Comments: 1
Views: 1525